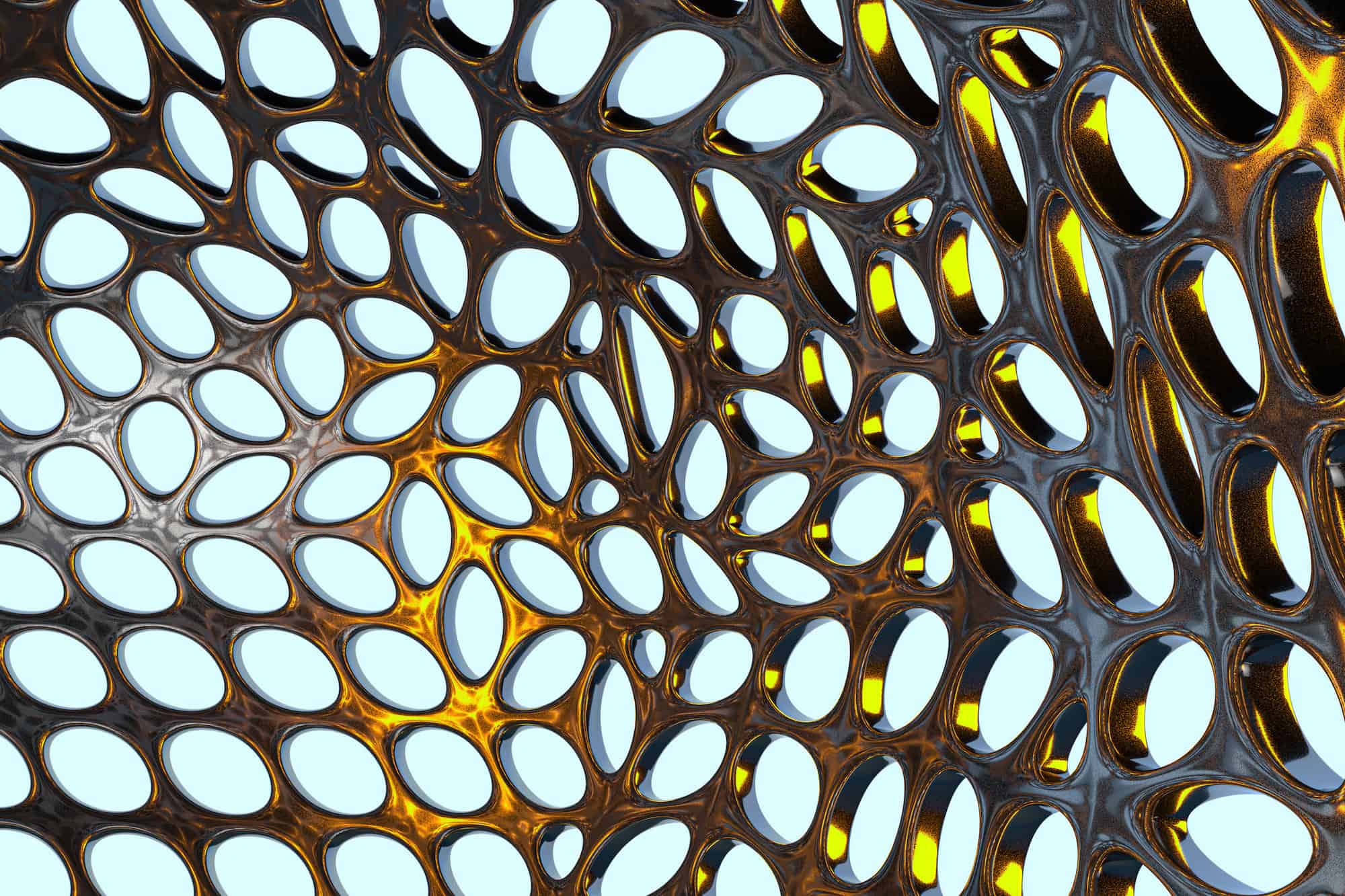 Trypophobia is often described as “the fear of holes,” but it is important to note that it may also apply to bumps or other patterns that are closely clustered together. When people see trigger objects, they experience symptoms such as severe fear, nausea, itching, sweating, shaking, and even panic attacks.

Fear is one common symptom, but disgust is often described as the overwhelming emotion that people feel with this phobia. Trypophobia also tends to be highly visual. Seeing images online or in print is enough to trigger feelings of revulsion or anxiety.

One case report illustrates how trypophobia often presents. The patient, a 12-year-old girl, experienced feelings of discomfort when she encountered surfaces and objects covered with holes or dots. When asked to draw a picture of her fear, she filled a paper with a repetitive pattern of clustered, round dots.

People with trypophobia may get these symptoms several times a week or every day. Sometimes, the fear of holes never goes away.

What Triggers Symptoms of Trypophobia?

The sight of everyday, harmless items sets off some trypophobe symptoms, such as:

Others respond only to more exotic or unusual images, such as:

A theory originally put forward by Cole, it proposes humans have evolved to be fearful of such patterns as they are usually seen on poisonous animals or food. “If you look at animals which are dangerous in this respect, like the poison dart frog, they tend to be covered in high contrast colours. These visual signatures are barely found anywhere else in the natural world,” explains Cole. “Basically, the idea here is that when you look at a trypophobic image your brain is saying ‘be careful here, this could harm you.’”

Like the above, this explanation suggests trypophobia is an evolutionary adaptation: as many skin diseases have trypophobic traits, humans have evolved to pay these patterns attention. “It follows the thinking that humans have developed a sensitivity towards skin pathology,” says Cole. “In this way, it’s possible that a trypophobic reaction keeps us alert to any illness, either on ourselves or others.

The current favourite of researchers like Cole, this theory proposes, that we can’t quite be sure what causes it – that trypophobia serves no functional purpose and has no solid evolutionary adaptation. “The neuroscience behind this theory is quite interesting. Recently we used a technique called infrared spectroscopy to examine people with trypophobia – it’s a method that allows you to see where the blood and activity are in somebody’s brain,” says Cole. “And on seeing trypophobic images, the blood was found towards the back of participants’ brains – it was in the visual areas of the brain, rather than the frontal decision-making areas.” As Cole says, this may indicate a trypophobic response may not be prompting us to make a decision about how dangerous an object is. “It indicates there might not be an evolutionary reason why we don’t like these images – it may simply just be that the brain doesn’t like it. And we might never know more than this.”

Trypophobia is not currently listed in the American Psychiatric Association’s DSM-5 as a mental disorder, so it is not a diagnosable condition. However, some mental health professionals may acknowledge trypophobia as a specific phobia if signs and symptoms are persistent and excessive, leading to emotional distress and functional impairment.

Similar to other phobias, diagnosis of specific phobias by a mental health professional is generally based on an individual’s symptoms, along with a review of their medical, social, and family history. In some cases, physical examination, laboratory tests (e.g., blood tests or urine samples), and brain imaging may be conducted in order to rule out other conditions that may be impacting the individual’s mental health or that result in similar symptoms as trypophobia (e.g., psychiatric disorders, cancers affecting the brain, recent trauma). People with trypophobia may have other coexisting mental health conditions, such as depression, obsessive-compulsive disorder , or disordered substance use. In order to appropriately manage the associated conditions, a thorough evaluation from a mental health professional is very important.

There are different ways a phobia  can be treated. The most effective form of treatment is exposure therapy. Exposure therapy is a type of psychotherapy that focuses on changing your response to the object or situation causing your fear.

Another common treatment for a phobia is cognitive behavioural therapy (CBT). CBT combines exposure therapy with other techniques to help you manage your anxiety and keep your thoughts from becoming overwhelming.

Other treatment options that can help you manage your phobia include:

While medications have been tested with other types of anxiety disorders, little is known about their efficacy in trypophobia.

It may also be helpful to: