THE EFFECTS OF CONSUMING COFFEE EXCESSIVELY 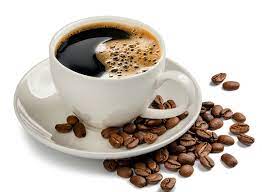 THE EFFECTS OF CONSUMING COFFEE EXCESSIVELY: Caffeine has its perks, but it can pose problems too. A lot of people rely on caffeine to keep them awake. Intakes over 400 milligrams of caffeine a day is said to be too much, also drinking more than 6 cups/day might cause “caffeinism”

When caffeine is consumed regularly, the body becomes dependent on its effects. And because caffeine narrows the blood vessels that surround the brain, when consumption is stopped, the blood vessels enlarge. This causes an increase in blood flow around the brain and pressures surrounding nerves. This can then trigger what is known as a caffeine withdrawal headache.

The caffeine in coffee might make anxiety worse. It works by blocking the effects of adenosine, a brain chemical that makes you feel tired. At the same time, it triggers the release of adrenaline, the “fight-or-flight” hormone associated with increased energy.

Studies have shown that drinking excessive amounts of coffee is believed to prevent conception and even worse, increase the likelihood of miscarriage. Most experts agree that consuming less than 200 milligrams of caffeine should not have any impact on fertility

Coffee’s laxative effect has been attributed to the release of gastrin; a hormone the stomach produces that speeds up activity in the colon. What’s more, decaffeinated coffee has been shown to produce a similar response.  it’s not surprising that large doses of caffeine may lead to loose stools or even diarrhoea in some people.

A detailed review suggests that although caffeine triggers certain brain chemicals similarly to the way cocaine and amphetamines do, it does not cause classic addiction the way these drugs do. it may lead to psychological or physical dependency, especially at high dosages.

Coffee contains caffeine. Caffeine can make bladder control worse by increasing frequency of urination and the urge to urinate.

Caffeine also triggers this response, making you overreact to situations that aren’t actually dangerous or troublesome. Too much caffeine can also make you irritable and agitated in situations that normally wouldn’t affect you

Research shows even low intakes of caffeine may increase thirst in some people. Thirst was most notable to casual caffeine consumers even just after one cup of coffee. Those with daily caffeine intake were unable to detect thirst at this level.

SOLUTIONS TO THE SIDE EFFECTS OF COFFEE

It takes about 3 to 6 hours for caffeine to leave the body, but on a general note, to feel better or to let go of the downsides of caffenism one must:

Cut back gradually. For example, drink one fewer can of soda or drink a smaller cup of coffee each day. Or avoid drinking caffeinated beverages late in the day. This will help your body get used to the lower levels of caffeine and lessen potential withdrawal effects.

Consider alternatives – If you rely heavily on beverages with high amounts of caffeine, such an energy drink or that triple espresso, then you might want to consider lower caffeine alternatives. Tea or decaffeinated coffee can help you cut back but keep some of the taste you enjoy. If you rely on soda to get you through the afternoon, consider switching to water to keep you hydrated, focused, and ready to sleep when you head to bed.

Do you know how many milligrams of caffeine you drink on average? Total up your coffee and other caffeinated beverages to make sure this amount is not above the FDA recommended limit. Also, keep track of when you consume caffeine to make you don’t interrupt your sleep cycle. Research has found that caffeine may interrupt sleep if you consume it within six hours before you go to bed.

Although coffee increases alertness, it has limited effects for higher cognitive processes, and it cannot mask underlying sleepiness forever. If you are feeling tired despite drinking coffee, you might be sleep-deprived.