HOW SERIOUS IS A SPIDER BITE? 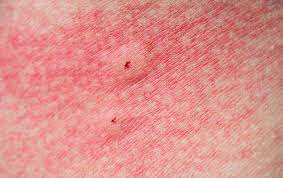 HOW SERIOUS IS A SPIDER BITE?

Spider bites aren’t as common as most people and most doctors think, according to a new analysis.

Most spiders are harmless and rarely bite people. All spiders make venom (a poison), but most spiders’ fangs are too small to puncture human skin.

Spiders are arachnids (not insects). They’re in the same class as scorpions, mites and ticks. All of these arachnids have eight legs. Spiders perform a vital function by eating insects that can destroy crops.

The brown recluse also known as the fiddle back or violin spider has a distinct violin-shaped marking that starts at the top of its head and goes down its back. It’s also identified by its six eyes instead of the typical eight. It likes to hide in homes preferably in dark, undisturbed areas like closets, shoes, or basements and sheds, most commonly in the Midwest and southern states, according to the centres for disease control and prevention (CDC).

The brown recluse cannot bite a human without “some form of counter pressure,” per the CDC say; you slip your foot into a shoe and trap it. However, its bite can be extremely painful should you be unlucky enough to get one. “In the case of 90% of brown recluse bites, reactions are not severe, but they can be,” Troyano says. “If the spider’s bite includes a large enough dose of haemo-toxic venom, it can cause necrotic wounds or lesions that can take months to heal or require surgical repair.” This can appear as a white blister or discoloured ulcer and cause other system-wide symptoms like muscle aches and a fever.

Identifying a black widow is easy: It has a shiny, jet black exterior with a bright-red, hourglass-shaped marking on the underside of its abdomen. Unfortunately, black widow spiders do like to hang out in homes, particularly in the southern and western parts of the U.S.

You can typically find them in garages or workplaces with lots of debris. Black widows tend to build webs where there are lots of corners, edges, or tall grass and accidentally stumbling through one of these is when a bite is most likely.

Black widow bites are also rare “but can be extremely dangerous, even deadly,” Troyano says. If you’re bitten by a black widow, you’ll notice two distinct puncture marks and might feel burning, redness, and swelling at the bite site and this can eventually spread to other parts of your body, the CDC says. Unlike other spider bites, the black widow’s bite injects neurotoxic venom, which can cause muscle spasms, nausea, vomiting, sweating, tremors, and weakness.

If you head to the ER immediately, you should be okay. “There are approximately 2,200 bites reported each year, but there has not been a death related to a widow spider in the U.S. since 1983,” says Marc Potzler, a board-certified entomologist and technical services manager with Ehrlich Pest Control.

These brown spiders have a grey V-shaped (herringbone) pattern on their bellies. They build funnel-shaped webs in dark, moist basements, crawl spaces, window wells and woodpiles. Hobo spiders are mostly found in the Pacific Northwest.

Signs and symptoms of a widow spider bite can include:

Symptoms can last 1 to 3 days.

Signs and symptoms of a recluse spider bite can include:

HOW TO TREAT A SPIDER BITE AT HOME

In some cases, you can treat spider bites at home. For nonvenomous spider bites, follow these steps:

Seek medical attention if you’re showing symptoms of a spider bite or if the symptoms don’t go away over time.

Always seek medical attention if you suspect you’ve been bitten by one of the following species:

Tags:HOW SERIOUS IS A SPIDER BITE?HOW TO TREAT A SPIDER BITE AT HOMEThe basic types of spiders whose bite have severe reaction that can bite