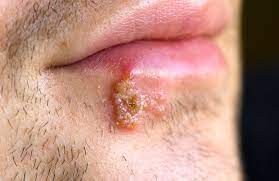 Genital herpes is a common sexually transmitted disease (STD) that any sexually active person can get. Most people with the virus don’t have symptoms. Even without signs of the disease, herpes can still be spread to sex partners.

WHAT CAUSES HERPES INFECTIONS AND OUTBREAK?

Herpes simplex type 1, which is transmitted through oral secretions or sores on the skin, can be spread through kissing or sharing objects such as toothbrushes  or eating utensils. In general, a person can only get herpes type 2 infections during sexual contact with someone who has a genital HSV-2 infection. It is important to know that both HSV-1 and HSV-2 can be spread even if sores are not present.

Most people infected with HSV don’t know they have it because they don’t have any signs or symptoms or because their signs and symptoms are so mild.

When present, symptoms may begin about two to 12 days after exposure to the virus. If you experience symptoms of genital herpes, they may include:

During an initial outbreak, you may have flu-like signs and symptoms such as swollen lymph nodes in your groin, headache, muscle aches and fever.

Recognising the symptoms of genital herpes

The appearance of blisters is known as an outbreak. A first outbreak will appear as early as 2 days after contracting the virus or as late as 30 days afterward.

General symptoms for those with a penis include blisters on the:

General symptoms for those with a vagina include blisters around or near the:

General symptoms for anyone include the following:

General symptoms for a baby born with herpes (contracted through a vaginal delivery) may include ulcers on the face, body, and genitals.

Babies who are born with genital herpes can develop very severe complications and experience:

It’s very important that you tell your doctor if you contract genital herpes and are pregnant.

They will take precautions to prevent the virus from being transmitted to your baby during delivery, with one likely method being that your baby would be delivered via cesarean  rather than a routine vaginal delivery.

How do you avoid getting or passing on genital herpes?

If either you or your partner has a herpes outbreak (or if you feel like you might be about to get one), it’s best to wait until the symptoms have cleared up before having sex.

Herpes can also be transmitted by sharing sex toys. To reduce your risk, either avoid sharing your sex toys or make sure that they are washed and covered with a new condom between each use.

Talking about your sexual health with your partners, and letting each other know about any infections that you have, can help you make decisions about safer sex together. Reducing your number of sexual partners can help you reduce your risk of getting sexually transmitted infections, like genital herpes. If you are having sex with multiple partners, it’s even more important to use condoms and to have regular STI checks.

Condoms are the best form of protection against STIs and pregnancy. Other contraceptives  including the

Women with herpes before pregnancy can usually expect to have a healthy baby and a vaginal delivery.

If you have genital herpes during pregnancy, there’s a risk your baby could develop a serious illness called neonatal herpes.

This can be fatal, but most babies recover with antiviral treatment.

The risk of your baby getting neonatal herpes is low if you have had genital herpes before.

It’s higher if you get genital herpes for the first time in pregnancy.

You may be offered antiviral treatment:

Many women with genital herpes have a vaginal delivery. You may be offered a caesarean, depending on your circumstances.

How Is Herpes Simplex Treated?

Although there is no cure for herpes, treatments can relieve the symptoms. Medication can decrease the pain related to an outbreak and can shorten healing time. They can also decrease the total number of outbreaks. Drugs including famvir, zovirax and valtex  are among the drugs used to treat the symptoms of herpes. Warm baths may relieve the pain associated with genital sores.